Minister of Science /
Chief Defender of the Faith

"Dr. Zira, I must caution you. Experimental brain surgery on these creatures is one thing, and I'm all in favor of it. But your behavior studies are another matter. To suggest that we can learn anything about the simian nature from a study of man is sheer nonsense. Why, man is a nuisance. He eats up his food supply in the forest, then migrates to our green veldts and ravages our crops. The sooner he is exterminated, the better. It's a question of simian survival."
―Doctor Zaius

Doctor Zaius was an orangutan leading member of the Ape National Assembly, Minister of Science and also Chief Defender of the Faith.

Zaius was a statesman who lived in Ape City during the latter half of the 40th century. He was a leading member of the Ape National Assembly, and served a dual role in ape society as Minister of Science in charge of advancing ape knowledge and also as Chief Defender of the Faith. He saw no contradiction between his two roles but in the end he chose to emphasize the blind faith of the ape religion and traditions over the scientific suggestions of the chimpanzees, preferring a stagnant, imperfect, faith-based ape culture that kept humans in check, to the open, scientific, human-curious one proposed by Cornelius and Zira's generation.

An ape of renowned piety, Zaius believed that the tenets of religion, and the theories of science worked interchangeably with one another without compromise. He was often found quoting from the Articles of Faith as set down by the Lawgiver, and documented in the Sacred Scrolls. Zaius was quick to point out that those who sought to counter sacred scripture were committing acts of scientific heresy – a crime that yielded severe consequences.

For all of his bluster however, Zaius was the keeper of a great secret. He was one of the few apes who knew the true origins of simian culture, as well as that of humans. While the Sacred Scrolls established the edict that apes evolved from man, Zaius knew that apes were once in fact subservient to man, and man actually evolved from apes, and that humanity had created a "paradise" for themselves and destroyed it as well. Zaius knew what humans had once been and for fear of humans ever becoming strong enough to threaten the world again, he was determined that the great secret should stay just that, while the idea of an intelligent human (such as Taylor) threatening the balance of things frightened him deeply. Knowing the destruction that humanity (with the aid of technology) caused in its downfall, he didn't want even the possibility of a human resurgence. To end any doubts planted in the minds of apes and humans, Taylor had to be killed. At the end of Planet of the Apes, ambushed and held hostage by Taylor, Zaius agreed to let him go if he never returned to Ape City. However, Zaius then had Cornelius's archaeological findings (human artifacts, predating the Ape society) destroyed, and Cornelius and Zira arrested on heresy charges.

Journey to the Forbidden ZoneEdit 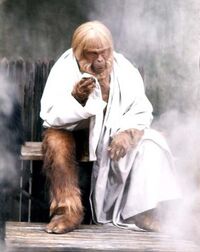 By Beneath the Planet of the Apes, Cornelius recalled how Zaius brought them to trial, but then moved for clemency on their behalf. When Zaius, haunted by the experience with Taylor, supported gorilla General Ursus in his crusade into the Forbidden Zone to wipe out the last remnants of mankind and claim the area for ape colonisation, he trusted Cornelius and Zira to continue his work. (In the novelization of Beneath, they instead began a revolt, once the gorilla army was gone.) Zaius met Taylor once more, in a showdown between the gorillas and a mutant human race living underground in the Zone. Taylor was trying to keep the mutant humans from activating a doomsday bomb, and was shot several times in the process by gorilla troops. Wounded and dying, Taylor begged Zaius to help him stop the bomb; when Zaius refused (declaring "Man is evil - capable of nothing but destruction!"). Taylor called Zaius a fool and while dying deliberately activated the bomb in his last moments, ironically realizing Zaius's worst fears, and the Earth was destroyed.

Zaius was without a doubt killed in the earth's destruction along with the other apes. During Escape from the Planet of the Apes, Cornelius related how he learned the truth about humans and apes from reading secret scrolls. Cornelius presumably had access to these while working for Dr. Zaius (or after his departure), or perhaps was granted access by Zaius as a consolation for the loss of his archaeological work. 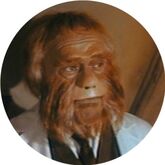 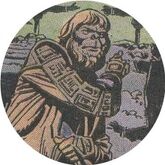 Dr. Zaius in Gold Key's 'Beneath the Planet of the Apes'; illustration by Alberto Giolitti 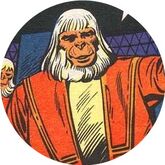 Dr. Zaius in Power Records' 'Planet of the Apes' 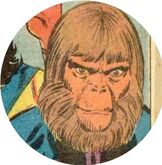 Dr. Zaius in Marvel's 'Adventures on the Planet of the Apes'; illustration by George Tuska, Michael Esposito & George Roussos 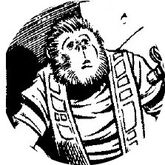 Young Zaius in Malibu Graphics' 'Sins Of The Father'; illustration by Mitch Byrd 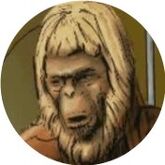 Dr. Zaius in UbiSoft's 'Planet of the Apes' GameBoy 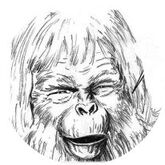 Dr. Zaius in Foster & Whitty's 'Within The Planet of the Apes'; illustration by Neil Foster 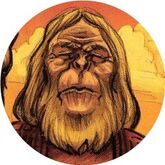 Retrieved from "https://planetoftheapes.fandom.com/wiki/Zaius_(APJ)?oldid=59558"
Community content is available under CC-BY-SA unless otherwise noted.