Zaius is a fictional character in the Pierre Boulle novel La Planète des Singes. In Boulle's novel, his honorific was "Mi", a term in the Ape language. He was an orangutan and although given a minor role devoid of dialogue in the novel, he became the main antagonist of the story in the subsequent film adaptation. Zaius was portrayed in the first and second films of the series by actor Maurice Evans, in the later television series by Booth Colman, and voiced in the animated series by Richard Blackburn. The name Zaius also appeared in other interpretations of the Planet of the Apes mythos and may refer to the following characters: 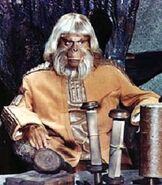 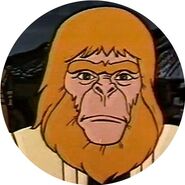 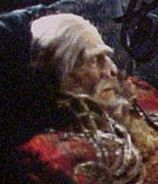 Zaius (UbiSoft)
Add a photo to this gallery
Retrieved from "https://planetoftheapes.fandom.com/wiki/Zaius?oldid=25100"
Community content is available under CC-BY-SA unless otherwise noted.