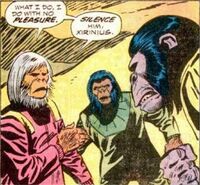 Xirinius was a gorillas who tried to recapture the escaped Taylor as he ran amok in the Ape City, using his net to trap him. He was also one of the apes tracking Taylor in the Forbidden Zone, under the command of Marcus, and was ordered by Zaius to silence Cornelius as the cave was being destroyed. 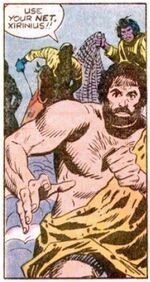 Retrieved from "https://planetoftheapes.fandom.com/wiki/Xirinius_(Marvel_POTA)?oldid=60420"
Community content is available under CC-BY-SA unless otherwise noted.