Ursus was a character originally featured in the 1970 film Beneath the Planet of the Apes, played by James Gregory.

In the franchise reboot by Chernin Entertainment, Ursus was the name of a gorilla character in the novel War for the Planet of the Apes: Revelations, who was killed by Koba's Loyalists trying to stop them from usurping Caesar's rule. 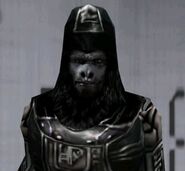 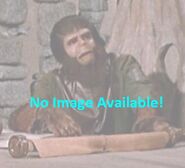 Ursus (CE)
Add a photo to this gallery
Retrieved from "https://planetoftheapes.fandom.com/wiki/Ursus?oldid=58090"
Community content is available under CC-BY-SA unless otherwise noted.