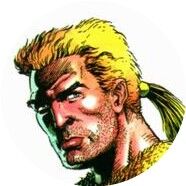 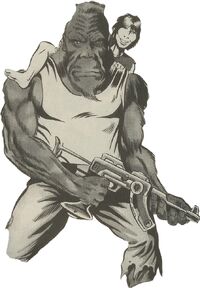 Simon and his mother are the only humans that have the ability to speak. They both possess an intelligence that permits them to read and write. After his mother is murdered, Simon helps defeat Ollo, but is disillusioned with the results and leaves the city, later briefly allying with Ollo and the Tenctonese.

Retrieved from "https://planetoftheapes.fandom.com/wiki/Simon?oldid=33550"
Community content is available under CC-BY-SA unless otherwise noted.