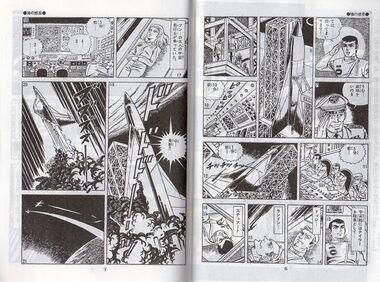 The storyline follows that of the movie, but with a few extra scenes added. Notably, this adaptation includes a lengthy sequence showing the expedition launch and has a completely different design for the spacecraft. The crew has increased to four men and one woman; 'Anne'. During the flight, Anne is revived and suffers a mental breakdown when she realises they are being propelled into the far future. She starts smashing the ship equipment and in doing so revives another of the astronauts from his hibernation chamber. He wakes to find her ageing rapidly and fights her to prevent her sabotaging the remaining astronauts' life-support systems. As the spaceship approaches an unfamiliar planet the three surviving astronauts are revived and find the corpses of their two colleagues. They guide the craft to a crash-landing in water. As they escape on a life-raft they are attacked by a sea monster. The conclusion of the story featuring the Statue of Liberty was omitted in order to retain the shock value of the film which was then still in the cinemas. 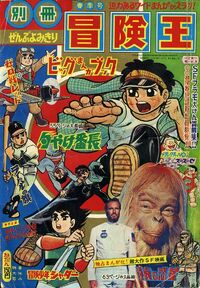 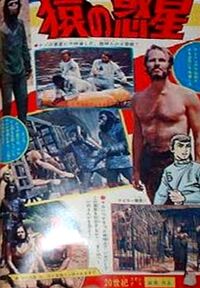 Retrieved from "https://planetoftheapes.fandom.com/wiki/Saru_no_Wakusei_(Adventure_King)?oldid=61584"
Community content is available under CC-BY-SA unless otherwise noted.