Planet of the Apes Wiki
Register
Don't have an account?
Sign In
Advertisement
in: Disambiguation Pages, APJ, APJ Characters,
and 17 more

Nova is the name of a fictional character in the novel La Planète des singes by Pierre Boulle. In the first two Planet of the Apes films inspired by that novel, Nova was played by Linda Harrison. The name Nova appeared in other interpretations of the Planet of the Apes mythos as well. Daena, from Tim Burton's 2001 remake, was based on Harrison's character--though, ironically, both Harrison (as an unnamed woman in a cart) and a separate character named Nova (a chimp, played by Lisa Marie) also appeared in that film. 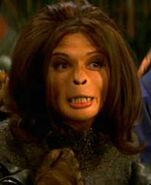 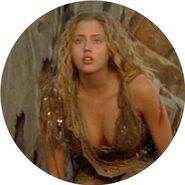 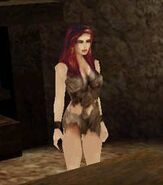