New York City is the most populous city in the United States and the centre of one of the most populous urban agglomerations on Earth. Located on one of the world's largest natural harbours, the area was originally inhabited by Algonquian tribes, including the Lenape, whose homeland included Staten Island, the western portion of Long Island (including the area that would become Brooklyn and Queens), Manhattan, and the Lower Hudson Valley (including The Bronx). The harbour was claimed for France and named 'Nouvelle Angoulême' in 1524, and between 1609 and 1614 the area between Cape Cod and Delaware Bay would be claimed by the Dutch Republic and called 'Nieuw Nederland', but a permanent presence by European colonists only began in 1624, followed by the construction of Nieuw Amsterdam on Manhattan Island, bought from the Lenape in 1626. In 1664, at the end of the Second Anglo-Dutch War, Nieuw Amsterdam was surrendered to the English and 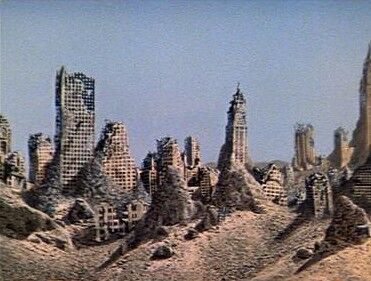 renamed New York after King Charles II of England granted the lands to his brother, the Duke of York (later King James II). By 1700, the native Lenape population had dwindled to just 200 through European-borne diseases and wars. Under British rule in the 1700s New York grew as a trading and slavery port, and during the American Revolutionary War the city became the British Loyalist military and political base of operations until evacuated in 1783. New York served as the capital of the newly-independent United States from 1785 until 1790, centred around Federal Hall on Wall Street. In 1898, the modern City of New York was formed with the consolidation of Brooklyn (until then a separate city), the County of New York (which then included parts of the Bronx), the County of Richmond, and the western portion of the County of Queens - organised as five boroughs: The Bronx, Brooklyn, Manhattan, Queens, and Staten Island. In the twentieth century New York became one of the dominant cities of the world, with the leading financial centre based in Wall Street and the home of the United Nations Headquarters (completed in 1950). The Statue of Liberty - a gift to the United States from the people of France, housed on Liberty Island New York Harbor and completed in 1886 - is a symbol of freedom and international friendship, and an icon of the United States. Other landmarks of the city include St. Patrick's Cathedral, Radio City Music Hall, Grand Central Terminal and Queensboro Plaza.

The climax to the original movie showed George Taylor's shock discovery of the Statue of Liberty, revealing that the bizarre place he had been living in was in fact a future Earth. The specific region around New York City had become the seemingly dead and uninhabited Forbidden Zone, while the wider general area included the location of Ape City.

In the follow-up movie, New York City, buried under a canopy of bomb-melted rock, was revealed to be the home of a race of mutated humans. The actual city was not shown, but sets from other productions represented the remnants of the city and clever use of photographs depicted the various locations. In the initial story treatment it was detailed that a huge earth subsidence had buried the city when the last Atom Bomb exploded in up-state New York in about 1995, and that when an ape army attacked the mutant stronghold in the time after Taylor's arrival, the Empire State Building was their first target.[1] In a subsequent script version, New York is described as looking like it "was buried in the nuclear war of 1990" [2] 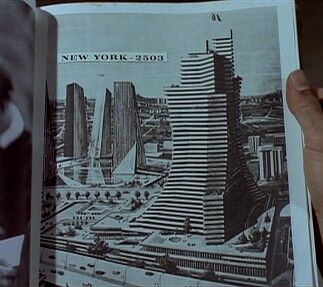 Planet of the Apes (TV Series)

Shortly after their crash-landing, astronauts Alan Virdon and Peter Burke discover a book which includes a picture of a futuristic city, captioned "New York - 2503". This is the evidence that tells them they have returned to Earth far into their own future.

Retrieved from "https://planetoftheapes.fandom.com/wiki/New_York_City?oldid=59652"
Community content is available under CC-BY-SA unless otherwise noted.