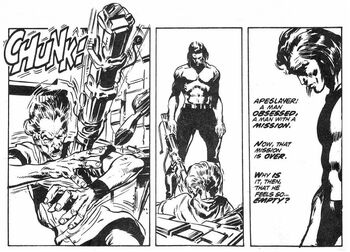 Born in 1941 in New York, Neal Adams was part of the younger generation who shook up DC Comics during the late 1960s and early 1970s. Neal's unique and highly experimental art style was encouraged by Carmine Infantino, then supremo at DC, and Neal became their pre-eminent cover artist during this period, illustrating virtually every DC book in print at the time. He is perhaps best known for his amazing work on Batman, but also contributed, in the early 70s, some ground-breaking work for Marvel Comics, including the original X-Men. Adams also illustrated some instalments of Marvel's Killraven strips that would later be altered into a Planet of the Apes story - 'Apeslayer' - for inclusion in the UK Planet of the Apes comic. Around 1974, Power Records put out a series of vinyl discs with dramatised stories based upon the Apes TV series, with the stunning sleeve art work created by Neal Adams.[1] 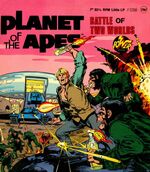 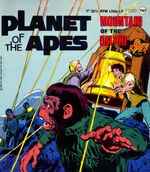 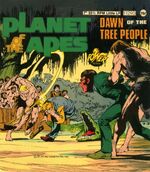 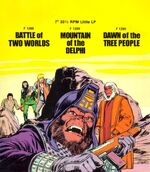 Retrieved from "https://planetoftheapes.fandom.com/wiki/Neal_Adams?oldid=26047"
Community content is available under CC-BY-SA unless otherwise noted.