Planet of the Apes screen-test

After winning beauty pageants in her native Maryland, Linda Harrison went on to the national Miss American Pageant held in Long Beach, California in 1965. During the pageant, she was 'spotted' by an agent by the name of Mike Medavoy, who said, "I think you should be an actress in films. As soon as this contest is over, I'm going to take you to 20th Century-Fox." Fox immediately did a screen test, then gave Harrison a 60-day option to teach, coach, and groom her, and then do a major test. Soon, she was asked to accompany a Fox executive to the premier of The Agony and the Ecstasy (starring Charlton Heston), where she met studio head Dick Zanuck and the two dated throughout her time with the studio.[1] After her trial period was up, she was signed to a seven-year contract with Fox. Harrison remembers, "the first thing I did was a TV pilot. It was called Men Against Evil. They changed the name to Felony Squad when it was broadcast. I had three words, 'Go, man, go!' I was all of 20, and dressed in this really racy motorcycle outfit."[2] Her first movie role was in Way...Way Out (1966) - in a cameo scene with James Brolin, one of her young acting school colleagues from Fox - followed by A Guide for the Married Man (1967). She also made TV appearances in pilot shows and in an episode of Batman. While Harrison freely admits that her relationship with Zanuck boosted her acting career, it also had it's drawbacks: "I remember one piece of advice Dick gave me: "You go to work on time and listen to your director and do your job. And I don't want to hear any complaints about you!" I had to be even more careful, and nice, because I was his girlfriend."[3]

Zanuck was, at that time, being pressured by Arthur P. Jacobs, Mort Abrahams and Charlton Heston to invest in a movie proposal they had been developing for a few years, an idea he was intrigued by, but unsure if he could convince the studio to commit to. As a compromise, he commissioned a screen test from the APJAC Productions team, including their latest recruit, Edward G. Robinson, filmed in March 1966. Fox provided makeup artist Ben Nye, as well as supporting actors Brolin and Harrison: "All during this period, Dick was telling me about this fabulous book called 'Planet of the Apes' and that it was going to make a great movie."[3] "He also said that Nova is the girl in it, and she's dark, and he felt that I was physically right. He said, "I think this part of Nova is for you." When you're under contract, the first people considered are the contract players. He said, "I want you to do this make-up test for Apes.""[2] "In fact, during the makeup testing, I had to go through the whole business with the mask and everything for Zira, the part that eventually went to Kim Hunter. I think they always had me in mind for Nova, but they needed someone to do the screen test, and you keep trying to employ your actors. So, I did the screen test. The part that was hard for me was actually doing the mask, where they put all that plaster on your face and you have to lie there still for a long time. Fortunately, I was an acrobat growing up, and a very good one - I won a lot of contests - so I knew how to control my body and be 'quiet'. You had to do that, you had to be very still, lay there and be a 'good patient'."[3] "Of course, that was in the early stages where they just used little pieces and glued the appliances to your face. They thought they had to do it that way so that you had the mobility to speak. I knew at that time that I had the part of Nova if, in fact, the movie was to be made. So, I was on in the very early stages."[2] "I was a beautiful girl - you don't want to cover that up! It's a gift."[4] "Arthur Jacobs was a fabulous promoter, and his wife was a very good friend of mine."[3]

Of course, the screen test was a success and the movie began filming in May 1967 with Linda Harrison playing the role of Nova, though Heston had noted on April 17 that the part had still not been definitely cast, just a month before shooting started: "The casting problem's really Nova: who will do it, and how naked can she be. The tests I saw were not good."[5]. Harrison had fond recollections of working with Heston: "Loved it - he was a wonderful actor to work with. He knew Dick very well, he knew it was my first [big] picture, he taught me how to 'favor' the camera (I was kind of camera-shy). We spent a lot of time together, waiting for shots and everything, and he was just very, very pleasant, a very good person."[3] Though Heston was perhaps initially skeptical of her abilities - his diary entry for 16 June, 1967 reads: "I think Maurice, Roddy and Kim are excellent. Linda H. has problems, but Frank's keeping her nearly immobile in her scenes, which works."[5] - by the time of her birthday in July she sensed he had warmed to her: "I turned 22 during production, and at lunchtime one day at Point Dume a big cake was brought out. I was sitting with Heston, who was kidding me about being "all of 22". (He must have been in his 40s.)"[3] Harrison was conscious of the social undertones of the movie: "What was seeping through people's consciousness in that era was a fear of Russia and a fear of the bomb... It reflected the times and the civil rights struggle. It revealed what a lot of us were feeling but couldn’t talk about, and that was the race issue, which was very important. In a reversal of roles, the dark-skinned apes were dominant over the white humans. It was a comment on the position the blacks felt they had been put in as they were held back and brutalised."[6]

As soon as the movie was released it became apparent that it was a huge smash, and that there was an opportunity for a sequel to be made. Linda Harrison reprised her role as Nova in Beneath the Planet of the Apes with, perhaps, more screen-time than in the original movie. Due to Heston's attitude to the sequel, he only briefly starred in the movie, Harrison's co-star this time being James Franciscus, who impressed her with his acting commitment: "Jim was the kind of actor who did a lot of homework behind the camera, a method actor. He took it very seriously, he was very dedicated." However, the production of Beneath was fraught with problems, including budget constraints, frequent script re-writes, and the waning enthusiasm of Heston, director Ted Post, and Dick Zanuck, who was being pushed out of his position by the Fox Board, headed by his father: "[Beneath] wasn't as good as the first, 'cause of course we had Franklin J. Schaffner on that one and he was one of the top, top directors."[3] The situation goes some way to explaining why Heston and Zanuck both pushed for the apocalyptic ending to Beneath, as neither wanted there to be any more sequels. Heston recorded some of his and Harrison's problems on-set in his diary: 2 May, 1968 - "We also had to reshoot the stuff with the girl after she's shot, partly because she couldn't lie dead without blinking, but mainly because I simply failed to make it work at all."[5]

Harrison and Zanuck married in 1969, and she launched straight into a TV acting role: "After Beneath, I was cast as one of the starlets in a new TV series called Bracken's World, which was a series Dick for a long time had wanted to do, about a Hollywood studio. So I got that part and I had to finish Beneath and go right into the pilot - I didn't even get a day's rest. And I had to start remembering lines!"[3] The series was short-lived however, and the board-room tensions at Fox finally erupted in December 1970 when chairman of the Fox board Darryl F. Zanuck got his revenge by humiliating his son at a board of directors meeting and replaced Richard as president of the company with himself (tiring of Zanuck Sr., the board of directors forced him out in May 1971),[7] as Linda explained: "[Dick's] relationship with his father was strained because 'the son was rising' - and Dick needed to spread his wings. And the father wasn't ready to let go. Pretty soon there was a wedge between father and son, and there was a terrible change in their relationship. It was like a divorce, like any situation where two people come to a crossroad and things splinter. Darryl fired Dick, and David [Brown - Dick Zanuck's partner], and me - I was under contract, I was eight months pregnant... So Dick and David went to Warner Bros., and then from there formed Zanuck-Brown. That's history, what happened when they formed their own company. They wanted to start humbly, and they got a screenplay called 'Sssssss' by a makeup man (Dan Striepeke) they thought a lot of."[3] The birth of the couple's two sons (February 1971 and August 1972) interrupted Harrison's acting career, though she wasn't dismayed: "I enjoyed working in front of the camera but not full-time. I didn't have the personality or the desire to be a 'star'."[3] 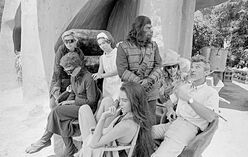 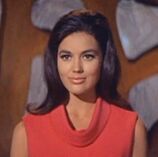 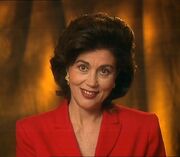 Linda Harrison was to play the sheriff's wife in Jaws (1975), which Zanuck was producing. However, Universal chief Sid Sheinberg wanted his own wife, Lorraine Gary, to have the part, and since Sheinberg was effectively Zanuck's boss, Gary got the part. Around the same time, Harrison filmed the movie Airport 1975, but she was credited under the pseudonym 'Augusta Summerland': "For one reason or another, I got involved with a guru - which was the 'in' thing at the time. The guru claimed in his cult that you change from who you were born, and so as you can make that change, you need a new name. Unfortunately, this guru wanted to make movies from his own screenplays. And for whatever reason, he put a terrible wedge through my relationship with Dick. It ended that I left Dick."[3] They divorced in 1978, but remained on friendly terms. Eventually, Linda Harrison was cast in two Zanuck-Brown sci-fi movie classics, Cocoon (1985) and Cocoon: The Return (1988).

In 1998, as part of the Planet of the Apes 30th anniversary press tour, Linda Harrison said she had not been approached to appear in the new Apes movie then in development.[8] However, asked about a rumored storyline placing the story thirty years after the events in the first movie, with history having been changed by the events in Escape and Conquest, Linda said, "I think you have a perfect place to start with the way they took off together. It's saying they're going to go find their life, and develop their colony, and their own culture. Taylor and Nova mating are going to produce an unusual offspring. So, that's where they need to start. It would be good to see them thirty years later and actually see their children grown, and Taylor is really in charge of this development."[2] When Tim Burton's re-imagined Planet of the Apes movie was eventually released in 2001, Harrison played a cameo role as a 'Woman in Cart'. In the movie, she was reunited with Charlton Heston, as Thade's father, and Dick Zanuck, who produced along with 20th Century Fox. Eldest son Harrison worked with Dick Zanuck, while younger son Dean married Marisa Bearman (with whom he had children Jack and Darryl) and formed DFZ Productions who made Road to Perdition.[4] 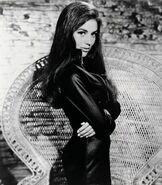 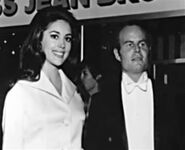 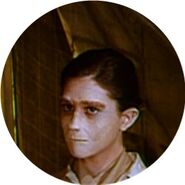 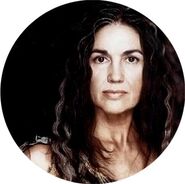 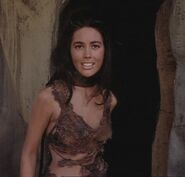 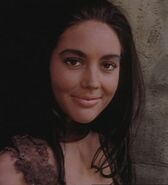 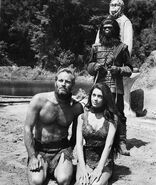