Planet of the Apes Wiki
Register
Don't have an account?
Sign In
Advertisement
in: Novels, Books, PB

Pierre Boulle
La Planète des Singes is a 1963 novel by Pierre Boulle and the basis for the Planet of the Apes motion pictures, television series, comic books, etc., that have followed for over fifty years. The first edition was published by Éditions Julliard in Paris, France, before translation into English (by Xan Fielding) as Planet of the Apes (USA 1963) and Monkey Planet (UK 1964), and later into other languages. The French word 'singes' can mean both monkeys (simians with tails) or apes (those without), hence the different titles. One of the most important books in the history of science fiction, Boulle said the novel was triggered by a visit to the zoo where he watched the gorillas, impressed by their human-like expressions; "It led me to dwell upon and imagine relationships between humans and apes." But he didn't consider it one of his best novels, calling it 'just a pleasant fantasy'; "There are lengthy parts of the novel where I was not completely satisfied."

A young journalist, along with a physicist and a professor, are going through space when they land on a mysterious planet where they find naked, primitive, animalistic human beings that are hunted, experimented on, and oppressed by evolved, humanoid like apes and monkeys. They all have different fates; the physicist get killed during the hunt, the professor reverts to primitive behavior, and the journalist is held in a laboratory. He finds that each primate species are separated in classes, chimpanzees are kind, peaceful intellectuals and citizens, orangutans are the scientists and the politicians, gorillas are violent and are the laborers, hunters, and authorities, and monkeys are citizens and workers.

The main events of the book are placed in a frame story, in which Jinn and Phyllis, a couple out on a pleasure cruise in a spaceship, find a message in a bottle floating in space. The message inside the bottle was the testimony of a man, Ulysse Mérou, who had written down his story in the hope that someone else, somewhere, would find it. Ulysse began by explaining that he was a friend of Professor Antelle, a genius scientist on Earth in the year 2500, who perfected a new acceleration rocket that could travel at nearly the speed of light. Ulysse, the professor, and a physicist named Arthur Levain flew off in this ship to explore outer space, hoping to make contact with some intelligent alien civilization. They traveled to the nearest star system that the professor theorized might be capable of life - the red sun Betelgeuse, some 300 light years away. Due to time dilation, however, the trip seemed to the travelers only to last two years.

They arrived at the distant solar system and found that it contained an Earth-like planet, which they name 'Soror' (Latin for 'sister'), "because of its resemblance to our Earth." They landed on the planet and discovered that they could breathe the air, drink the water, and eat the local vegetation. They soon encountered other human beings on the planet, although these others acted as primitively as chimpanzees and destroyed the clothing of the three astronauts where a human female killed their chimpanzee Hector. They were captured by the primitive humans and stayed with them for a few hours. Antelle and Levain studied the primitives with a discerning eye: Levain, a misanthrope, did not expect much from man, and was not surprised by the actions of the savage humans. To him, man had always been a primitive savage, and nothing in man's history had proven otherwise; Antelle took a more scientific approach, he studied their simple customs, and discerned that man had devolved into primitives, leaving their vast civilization in ruin. But the Professor believed they could be re-educated. At the end of this time, they were startled to see a hunting party in the forest, consisting of gorillas, orangutans, and chimpanzees using guns and machines. The apes wore human clothing identical to that of 20th-century Earth, except that they wore gloves instead of shoes on their prehensile feet. The hunting party shot several of the humans for sport, including Levain, and captured others, including Ulysse.

Ulysse was taken to the apes' city, which looked exactly the same as a human city from 20th-century Earth, except that some smaller furniture existed for the use of the chimpanzees. While most of the humans captured by the hunting party were sold for manual labor, the protagonist was sent to a research facility. There, the apes performed experiments on the humans similar to Pavlov's conditioning experiments on dogs, and Ulysse proved his intelligence by failing to be conditioned, and by speaking and drawing geometrical figures. Ulysse was adopted by one of the researchers, Zira, a female chimpanzee, who began to teach him the apes' language - Zira naturally didn't understand French (being his native tongue on Earth), but Merou was able to make his meanings known by sign language. Gradually, he learned to speak the simian language, and Zira learned a few phrases of French. He learned from her all about the ape planet. She was charmed by his manner, and introduced him to Cornélius, a respected young scientist member of the Academy of Science and her fiancé. Eventually, he was freed from his cage, given an apartment in a city not that dissimilar from Paris, and with Cornélius' help, allowed to speak before the ape President and numerous representatives, and was given specially tailored clothing. His speech before the President and the Scientific Congress was carried live on all the television stations. He toured the city and learned about the apes' civilization and history. The apes had a very ancient society, but their origins were lost in time. Their technology and culture had progressed slowly through the centuries because each generation, for the most part, with what was recognized as characteristically ape-like behavior, imitated those of the past. The society was divided between the violent gorillas, the pedantic and conservative orangutans, and the intellectual chimpanzees.

Although Ulysse's chimpanzee patrons Zira and Cornélius were convinced of his intelligence, the society's leading orangutan scientists believed that he was faking his understanding of language, because their philosophy would not allow the possibility of intelligent human beings. Ulysse fell in love with a primitive human female, Nova, whom he had met in the forest at the beginning of his visit to the planet. At first, the simians reacted to Merou with laughter and disgust; but then, little by little, they accepted him as an equal. He became the toast of the town, the hit at every party and the celebrity that everyone wanted to meet. Merou adjusted to this life of fame, and took Nova as his common-law wife. He impregnated her and thus proved that he was the same species as the primitive humans, which lowered his standing in the eyes of many of the apes. However, their derision turned to fear with a discovery in a distant archaeological dig and an analysis of inherited memory in some human brains, revealed during brain surgery to make primitive humans talk. Evidence was uncovered that filled in the missing history of the apes. In the distant past, the planet was ruled by human beings who built a technological society and enslaved apes to perform their manual labor. Over time the humans became more and more dependent upon the apes, until eventually they became so lazy and degenerate that they were overthrown by their ape servants and fell into the primitive state in which our protagonist found them.

While some of the apes rejected this evidence, others - in particular, the old orangutan scientist, Zaïus - took it as a sign that the humans were a threat and must be exterminated. Ulysse learned of this, and escaped from the planet with his wife and new-born son, Sirius, returning to Earth in the professor's spaceship.

Again, the trip took several centuries, but only a relative time of a few years to the protagonist. Three and a half years later, Merou and his family arrived back on Earth, over 700 years after he had originally left it, and landed outside the city of Paris. However, once outside the ship, he discovered that, in the centuries of his absence, simians had risen to dominance and man had de-evolved into primitive animals - Earth was now ruled by intelligent apes just like the planet from which he had fled as they are greeted by a gorilla in military outfit. He immediately left Earth in his ship, wrote his story, placed it in a bottle, and launched it into space for someone to find (this was where his story on manuscript ended).

It is at this point in the story that we discover that Jinn and Phyllis, the couple who found the bottle, are chimpanzees. Jinn and Phyllis dismiss Ulysse's story, saying that a human would not have the intelligence to write such a story. 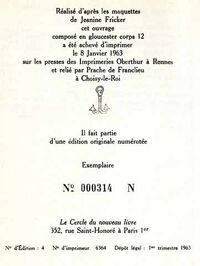 Despite Boulle's reservations, there was enough interest in his concept for two production companies to buy the cinematic rights to the book within a short space of time. 'King Brothers Productions' initially hired Rod Serling to prepare a screenplay, before the project was taken over by Arthur P. Jacobs' 'APJAC Productions' (Serling also recalled a period in between when Blake Edwards was to produce, before becoming the director attached to Jacobs' production). After a long and arduous struggle, Jacobs eventually saw the movie through to release in 1968, and it was a huge success. Boulle said: "I never thought it could be made into a film. It seemed to me too difficult, and there was the chance that it would appear ridiculous. When I first saw the film nothing was ridiculous because it had been very well made." But he also added some concern at the differences between the two formats: "In comparison to the book, there were a lot of changes made. Some of them were disconcerting. The first part of the film was very good, and the makeup of the apes was particularly good, and, as I've said, that could have been ridiculous, but it wasn't. I disliked somewhat, the ending that was used - the Statue of Liberty - which the critics seemed to like, but personally, I prefer my own. [Had I been in charge of the production,] I could have provided ideas. If I had been free to make them I would have done them differently, but I'm incapable of working with a group of people which I know is necessary in the making of a film. When I write, I am alone. I give the book to my editor and I don't want to change anything, not even a comma." This was in stark contrst to Jacobs'claim that "Boulle... thought it was more inventive than his own ending, and wished that he had thought of it when he wrote the book." [2]

Nevertheless, when the success of the movie prompted calls for a sequel, Jacobs turned again to Boulle to guide the project. Though never having written a screenplay before, Boulle turned in a story called Planet of the Men. Dealing with the aftermath of the first movie and detailing a human revolution to overthrow the apes, the screenplay was firmly in the same setting as the movie and bore no relation to the novel that had spawned the film originally. Jacobs, however, found the treatment "uncinematic" and asked another writer to complete a different story that would become Beneath the Planet of the Apes. Boulle had little interest in any of the other Apes movies that followed.

Boulle's novel, bouyed by the success of the 1968 film, has been translated into numerous languages. Some are of particular note among these editions. 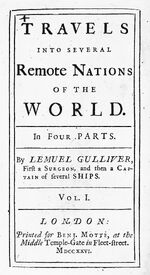 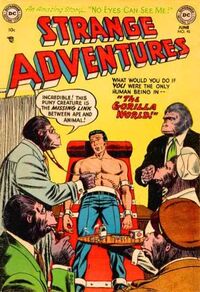