Planet of the Apes screen test

Planet of the Apes screen test

James Brolin is a Los Angles-born actor. In the early 1960s, Brolin (then known as 'Bruderlin') was contracted to 20th Century Fox studios, and had many cameo appearances and minor roles in their productions throughout the decade. In March 1966, Brolin and another young Fox contract actor, Linda Harrison, were asked to appear in a ten-minute screen test for a movie concept called Planet of the Apes. They would play Cornelius and Zira respectively - two intelligent chimpanzee scientists - alongside major stars Charlton Heston and Edward G. Robinson, who had already been signed up by the concept's owners, APJAC Productions. The screen test helped the approval process (as did the success of Fox's science fiction hit Fantastic Voyage, also featuring Brolin) and Planet of the Apes began filming a little over a year later. By then, Robinson had dropped out but the full cast had been chosen, including Harrison as the human Nova. Brolin, however, did not appear in the theatrical release, and was later dropped by Fox. As the 1970s progressed, Brolin became a big star in his own right with many leading roles and today his involvement in Planet of the Apes is merely a footnote to his career.

The 2008 Planet of the Apes Blu-Ray box-set included a series of featurette documentaries tracing the development of Pierre Boulle's novel into a movie franchise, narrated by James Brolin. 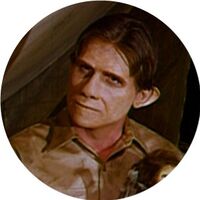 Retrieved from "https://planetoftheapes.fandom.com/wiki/James_Brolin?oldid=56369"
Community content is available under CC-BY-SA unless otherwise noted.