Escape from the Planet of the Apes
Heloise was a chimpanzee in the circus of Armando. She had been in the circus for seven years and had given birth two weeks before Zira gave birth - the first chimpanzee born in a circus, according to Armando. To ensure the safety of her child, Zira swapped her infant child with Salome, the daughter of Heloise. 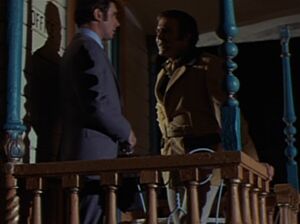 Retrieved from "https://planetoftheapes.fandom.com/wiki/Heloise?oldid=60736"
Community content is available under CC-BY-SA unless otherwise noted.