Planet of the Apes Wiki
Register
Don't have an account?
Sign In
Advertisement
in: Chimpanzees, Living Characters, Male Characters,
and 3 more

"Up Above the World So High"
Galen (not to be confused with Dr Galen in the first movie) was a young chimpanzee who lived during the latter half of the 31st century. He lived in Central City (northern California) and was a close colleague to Central City Councillor Zaius. Galen was also a distant relative of Veska, the Prefect of Chalo (2nd cousin on his mother's side), though he confessed that he wasn't very fond of the older chimpanzee. Other relatives of Galen that he encountered on-screen were his parents, Councillor Yalu and Ann, and his cousin, Prefect Augustus. In 3085, Galen interviewed with Councillor Zaius for a position as Zaius' assistant. To help win Zaius' favor, he reminded him that his father was a close friend of Zaius, and that he further owed him a favor. Zaius was amused with the likeable chimp and offered him the position. 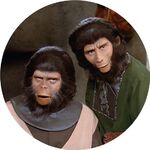 A promising career was cut short when a strange object fell from the sky and was found to contain two super-intelligent (by ape standards) humans from Earth's past named Alan Virdon and Peter Burke. He was sent by Zaius with Urko to ensure the survival of the human captives. From them, he discovered that many aspects of ape culture that he took for truth were in fact fabrications. Virdon and Burke told Galen that centuries ago, the world was ruled by man and not apes. Galen didn't believe them at first, so he asked Zaius if there was any truth to the humans' claims. Zaius avoided answering the question directly, citing that such talk was blasphemous and illegal. When he learned of Urko's plot to assassinate the humans, Galen tried to warn them. A conflict ensued, during which time a gorilla guard was shot. Galen was found holding the weapon that killed him, and he was arrested. Virdon and Burke escaped imprisonment and helped to free Galen. Now a fugitive from justice, Galen had no home to return to. He abandoned Central City and traveled with his new human friends across the western territories. 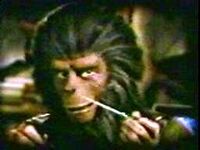 Galen made a brief reappearance when certain episodes of the TV series were re-edited into five TV movies. To mark the occasion, new clips were recorded for the start and end of each movie (ten clips altogether) which featured a greying Galen some years after the events of the TV series. Oddly, his room included an electric lamp and a working computer. In keeping with this, he states that Virdon and Burke found their computer and made their way back into space. 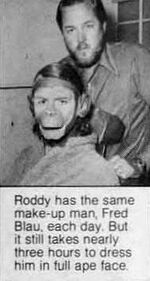 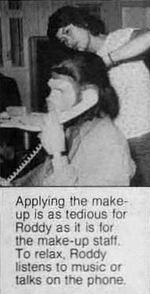 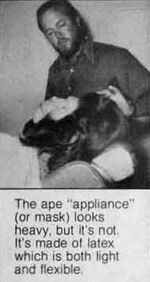