Danny Elfman composed the soundtrack music for the 2001 movie Planet of the Apes. He had previously been asked to compose for Adam Rifkin's failed Apes remake in 1988.[1] 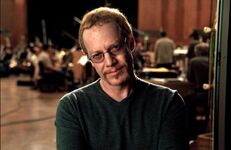 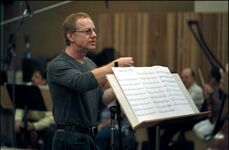 Promotional still
Add a photo to this gallery

Retrieved from "https://planetoftheapes.fandom.com/wiki/Danny_Elfman?oldid=25068"
Community content is available under CC-BY-SA unless otherwise noted.